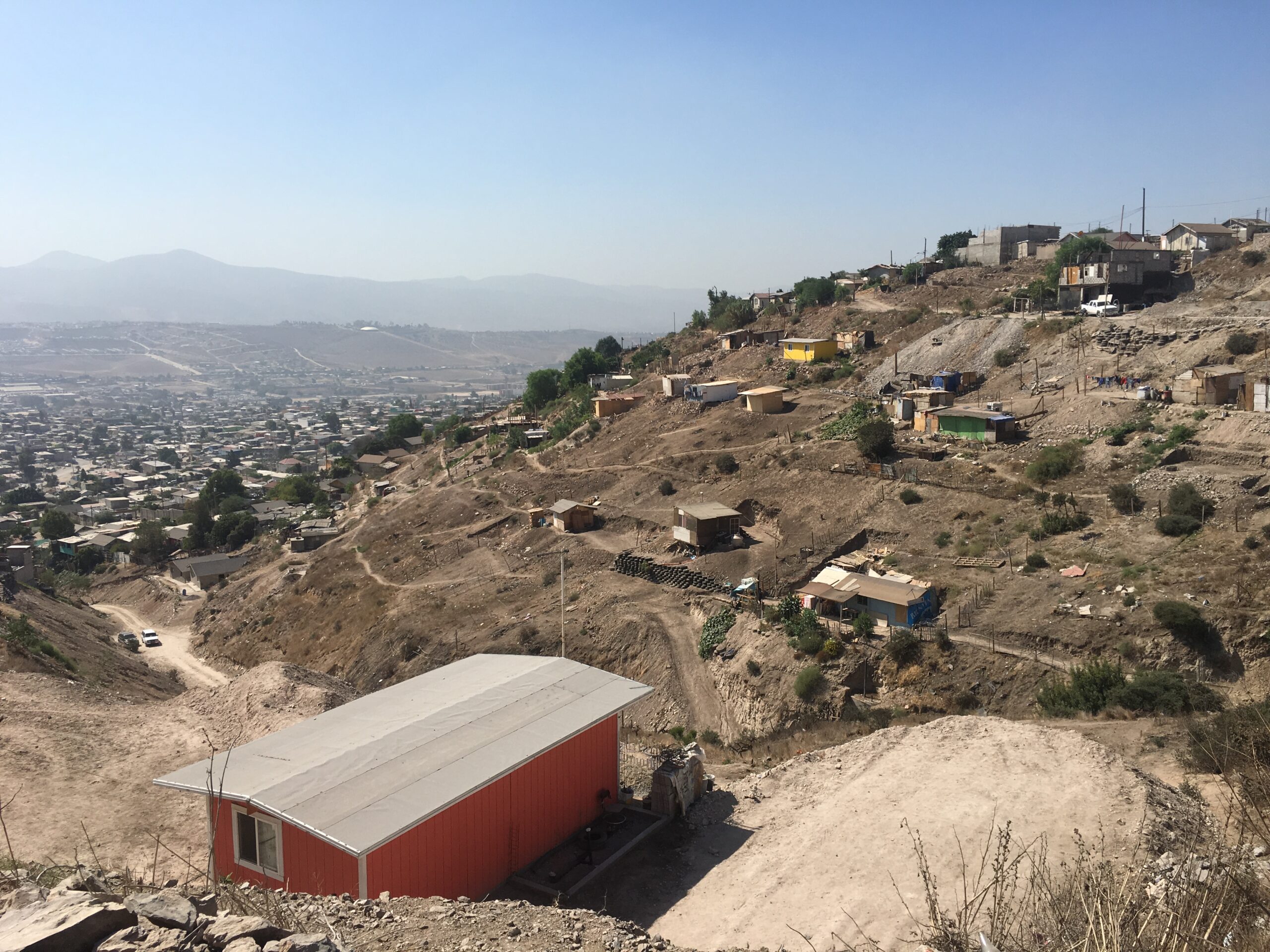 The city of Tijuana has undergone explosive growth. With a population of 1.3 million just 10 years ago, it is now estimated to have over 2 million residents. People from all over Mexico and Central America are drawn to the city in hopes of more lucrative job opportunities, a slightly higher standard of living, and maybe a shot at crossing into the United States. Tijuana is also quite diverse with Chinese, Haitian, and American populations, among others.

Initially, people settled towards the Western part of Tijuana and the coastline. Available land in these areas has significantly increased in price (lots that used to go for $7,000 are now up to $50,000) and undeveloped space is getting harder to find. This has naturally pushed Tijuana’s growth toward the East side of the city.

The city is much newer on the East side than the West side. Neighborhoods on the West side can date back for 50 or more years. They have benefited from all of those years of development, even as slow as it may be. East side neighborhoods are much newer, about 20 years or less. They look and feel significantly behind in terms of development. Little to no street pavement or utilities, and household income levels are much lower. When comparing these areas of Tijuana, the East side appears 10-15 years behind the West side.

In East side communities, housing and infrastructure are typically the primary need. This makes the East side a natural next step for Doxa in its house building operations. We want to acknowledge and act on the changing needs throughout the city of Tijuana. This is always guided by input from Doxa’s local staff and partners.

It won’t be too many more years before the outskirts of Tijuana and Tecate grow together. Doxa’s expansion to also build houses on the Eastern side of Tijuana is a natural next step in response to the city’s changing needs.

Going to Mexico and building a house is more than just a service trip, it is a life changing experience. The community created is unprecedented, but more importantly, by only giving a few days of my time, I am drastically changing the lives of a family by giving something they will cherish for the rest of their lives. From the time when I first meet the family to the key ceremony at the end, I am making a difference, and to me, that is what makes Tijuana so special.