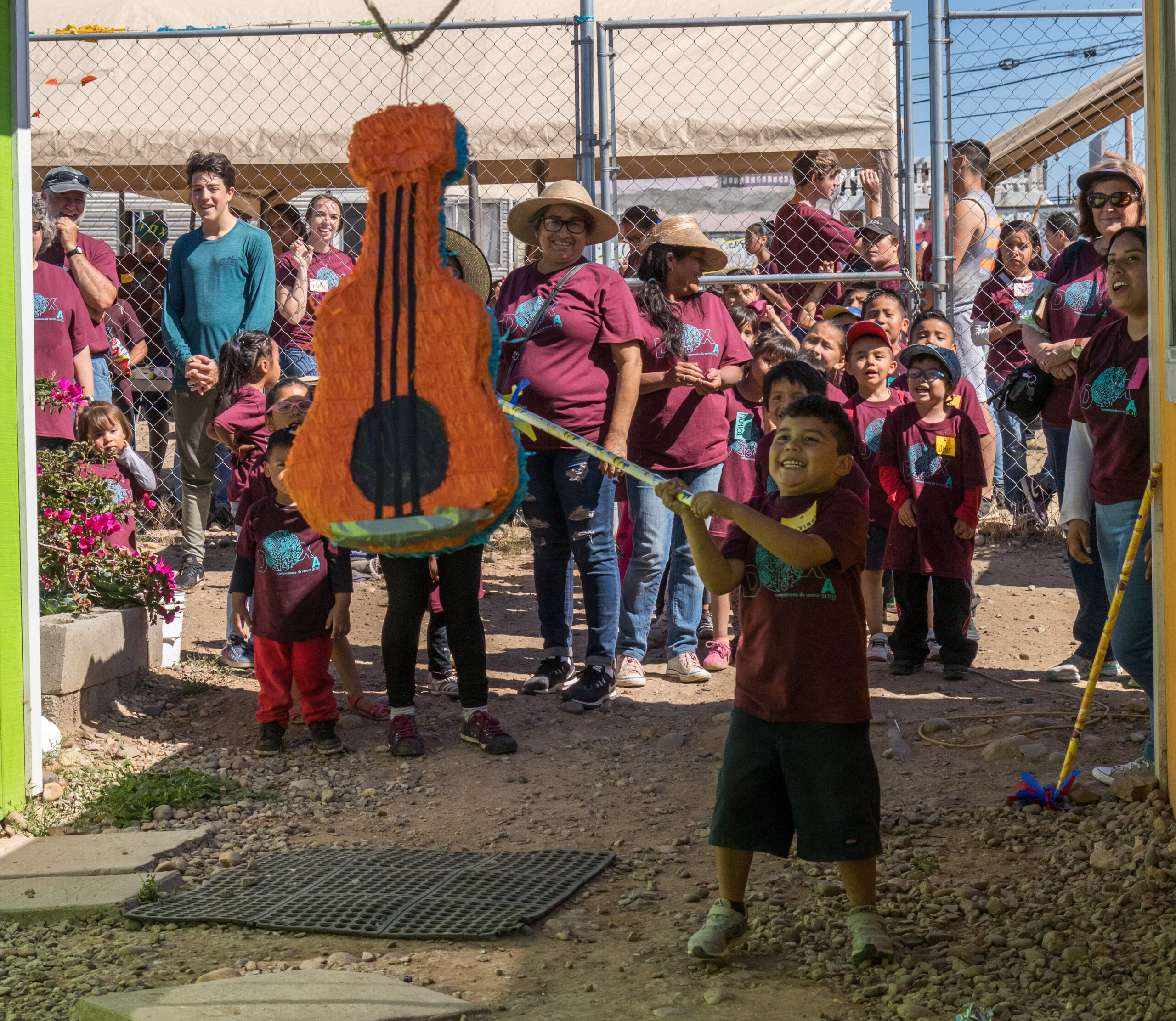 Colonia Pedregal de Santa Julia is where Doxa first started building houses about 30 years ago. After decades of development and more than 2000 houses built in and around Pedregal, it barely resembles what it once was. Back then there were many notable differences: no paved streets, no street lights, sporadic electricity service and running water, no sewer system, no telephone or Internet service, lots of open space and undeveloped land, and schools were often canceled for just a light rain (or because the clouds looked like rain!). Land values have gone from the hundreds to thousands to tens of thousands of dollars.

In 2020, Pedregal is a well-equipped neighborhood in every sense of the word, like a small suburb a short distance away from downtown Tijuana. Pedregal now enjoys: pavement in the vast majority of streets with sidewalk space, all major utility services (electric, water, sewer, telephone, and Internet), street lights that illuminate the neighborhood, almost no more vacant land for new housing development, and schools that operate rain or shine. Take a look at some pictures that show the development of Pedregal over the years. See if you can spot any of the brightly colored Doxa houses.

Not only does Pedregal look different, but families are more established. They have more history there and household incomes have risen overall. For the first time, parents are experiencing what it’s like to have some disposable income above and beyond the immediate needs of their families. All of this development is something to be celebrated!

At the same time, though, development like this throughout communities can mean that the needs are changing. Housing and infrastructure used to be the primary need in Pedregal. Now, the primary needs revolve around education and community.

Doxa’s education program equips children relationally and materially to succeed in school. This methodical approach means that a Doxa staff member gets to intimately know the needs of a specific child and family. Then, journey along with them and learn what is really needed for success. While this approach may be more time intensive, it yields amazing results. As long as the student is willing to put in the work, there is nothing that Doxa won’t do to help them succeed.

While these newer education and community needs are exciting, it is also one of Doxa’s values to continue partnership and support of local organizations like Hogar de los Niños. Especially, as they have been an integral part of the Pedregal community since the 1970s.

Doxa looks forward to sharing more about what the vision for education and community looks like in Pedregal!

When we learnt that we were expected to put up the walls, roof, doors, windows and paint in four days, I was daunted – professional contractors take much longer and we were all amateurs.  But, with hard work, the help of the entire team and the great planning booklets from Doxa, we found that we were able to complete the house on schedule.  It was a great experience, and it was heartening to see the joy in the eyes of the family as they entered their own house.  It brought the spirit of Thanksgiving into sharp focus for us.