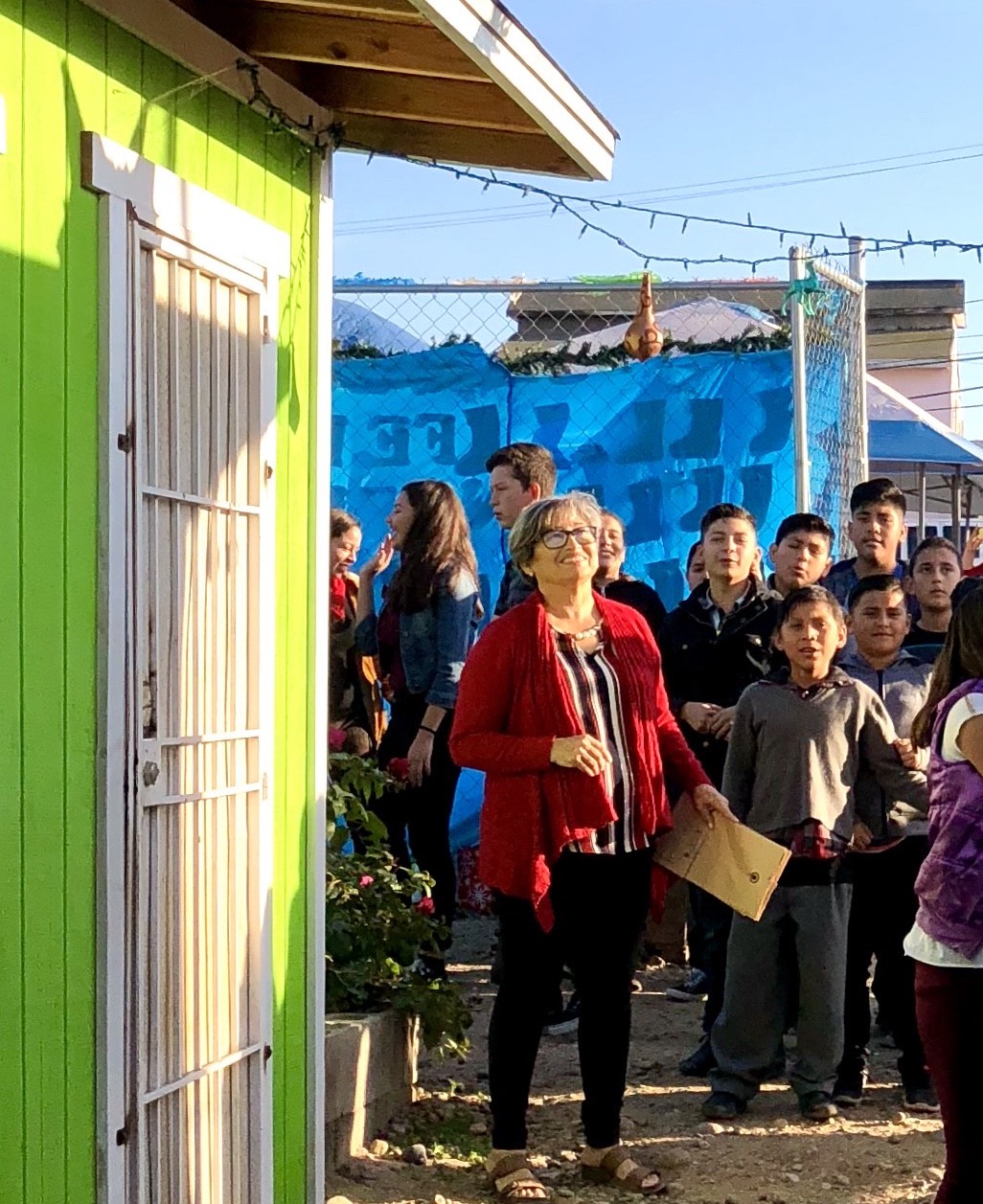 When we first began to build homes in Colonia Pedregal de Santa Julia the roads were dirt and deeply crevassed, without electricity the sprinkling of houses on the hillsides, were dark at night and every drop of water, whether for cleaning or drinking, was trucked around the neighborhood. Clearly, great change occurred over the last thirty years but one constant was Rosa and her passion to make life better for every person she encountered.

I first met Rosa in the early 90’s when she came to Hogar de los Niños orphanage and cared for the kids there. Each year about a hundred high school students from our church would travel across the border to build houses and the orphanage was our base of operations. In addition to all her work at the orphanage, which at the time had over seventy children living there, Rosa’s duties included helping out-of-their-depth youth pastors, like me, navigate everything from finding building sites and creating a lumber yard throughout the orphanage to delivering sand and finding a tow-truck for a van teetering over a cliff – all done, regardless of what other mishaps had occurred that day, with graciousness and a brilliant smile. To be honest, I am not sure the smile was good natured restrained laughter at my ineptness or, in the early years when she was learning English, a way of communicating her great support for our endeavors. Either way the smile always helped.

Over the years the building trips grew larger in size and in number and it became clear to the Doxa (then Homes without Boundaries) leadership team that growth was due in no small part to Rosa. Many short-term missions do more damage than good because of their “hit and run” nature but Rosa’s year-round presence and engagement in the community dovetailed into Doxa’s commitment to return year after year to the same place and built trust in the neighborhood and beyond. Logically, we hired Rosa full time and with that both the community and Doxa became stronger. More specifically, each of us became stronger inspired by her compassion and commitment.

Most of the teams from the US knew Rosa from the educational offerings like day camps she organized or the house building projects she supported but there was so much more. She was known by multitudes as “la profe.” Others saw her as the unofficial mayor of the region. And for many she attained that mononymous status reserved for Elvis or Prince and was simply Rosa — as in one person saying to another in need, “go see Rosa.” Regardless of her title, Rosa was a force for good. In the movies the good guys wore white hats but in Pedregal they wore bright white sneakers and those white sneakers of Rosa were everywhere: out in Brisa Marina talking to a family about building a house, at the clinic taking a woman with cancer who had no other way to see a doctor, at the community center tutoring, meeting with Zumba instructors to offer classes, in another colonia delivering food and supplies to a woman with disabilities, at the Annex overseeing the delivery of house building materials, or downtown partnering with the City of Tijuana to build three hundred houses further out on the highway where we are still building today. Rosa was a one-person Social Welfare and Housing Agency — and a great one.

More importantly Rosa was Flavio’s beloved and Paola, Esmerelda, and Flavio’s mom. They were her pride and her joy — her eyes dazzling at the mention of them. To each of them I, Doxa and am sure all who benefitted from Rosa’s dedicated work, her sacrifice of evening and weekend time with her family to resolve a visiting group’s crisis, want to say the deepest thank you for sharing the gift of Rosa with us.

Several years ago, Rosa traveled to Rome and received an audience with Pope John Paul II. As she spoke to me humbly of this joyful experience that affirmed her God-given belovedness, it was profoundly evident this belovedness was the source of the belovedness she poured out to all who met her. Rosa knew she was loved by Jesus and responded with her whole being. Her wisdom and influence permeate Doxa. Being in Tijuana will never be the same without Rosa who has travelled this journey with so many of us. Yet, her influence, example and inspiration remain, encouraging us to dream and persevere in our mission. Jeff Holland, a co-founder of Homes without Boundaries (now Doxa), tells the story of coming back from a tough day of building houses when Rosa, who had brought in a mariachi band came up to him and asked, “Why aren’t you dancing?” Jeff wanted nothing more than to take a bucket shower. But Rosa insisted, “It’s a fiesta. You have to dance.” That’s Rosa. There are always obstacles and heartaches on the road to being a beloved community but it doesn’t mean you don’t keep dancing. Constantly.