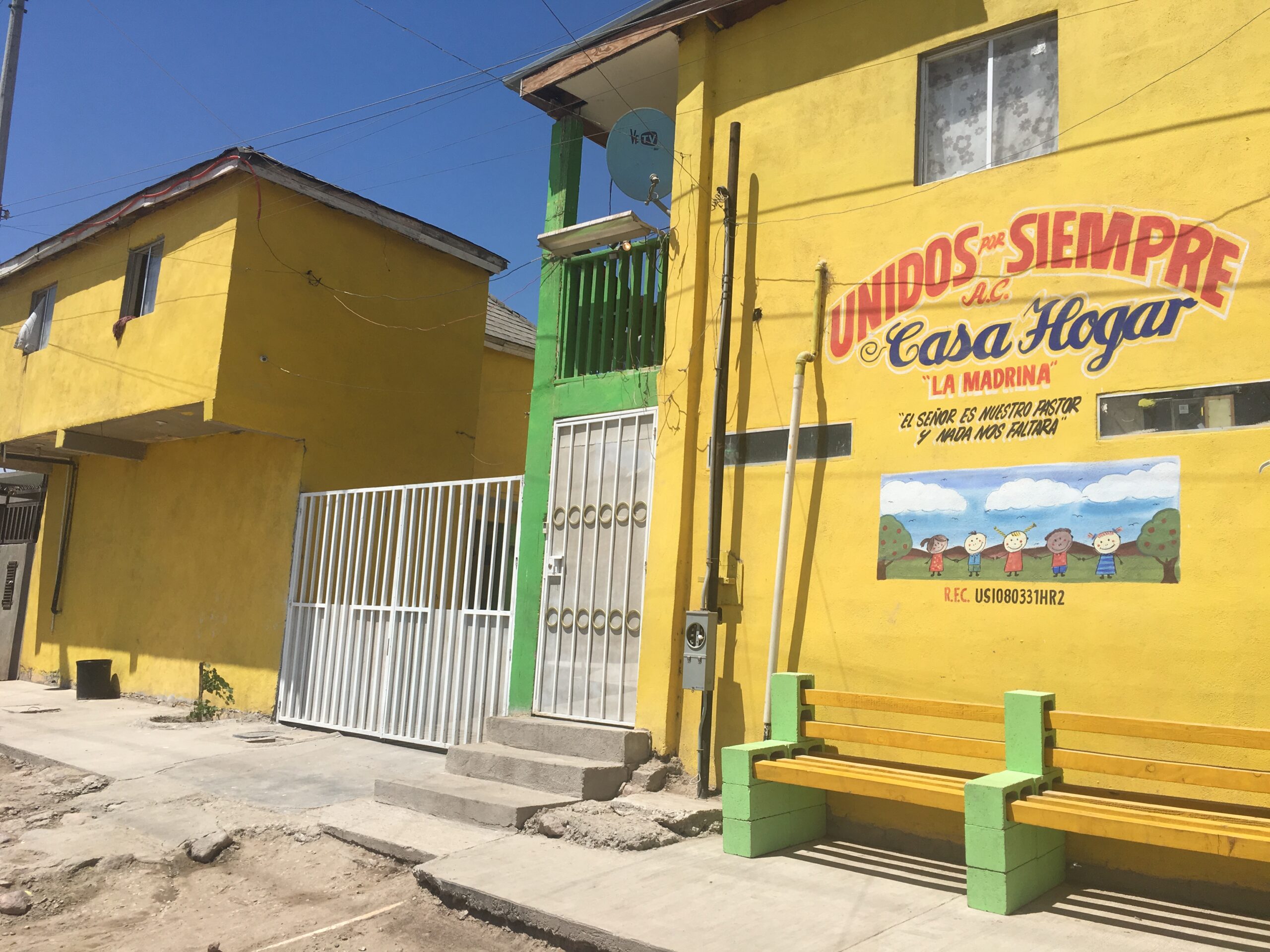 With Doxa’s expansion of house building operations to also include the East side of Tijuana, it became clear that another orphanage partnership was needed. Someone who knew the new neighborhood, people, and could be an effective partner. The Rojo Gomez neighborhood is over 1 hour away from Doxa’s more traditional house building neighborhoods on the West side of the city. This also meant house building groups would need a place to stay closer to their building sites.

Enter Unidos por Siempre Orphanage. Founded by Maria Figueroa in 2002, originally as a community soup kitchen, Unidos por Siempre is now home to over 30 children who come from a variety of backgrounds. The orphanage itself is cozy and bright with yellow walls, and laundry often hanging to dry in the central patio. There are two dormitories (accommodating about 30 boys and girls), a kitchen, dining room, and common spaces to play. Maria and her staff spend time with the kids in an unhurried manner. The pace of life is comfortable here and love is in abundance. Maria greets you with the trademark “my house is your house” and you know you are home.

As house building groups have slowly gotten to know Unidos por Siempre, there are lasting relationships formed. It’s impossible to spend even a couple days there without someone getting to know your name and vice versa. Groups have even undertaken many smaller projects around Unidos por Siempre to help their facilities improve. The house building experience serves as the springboard for so much more. It’s been such a joy to journey along with them and they have been so gracious with inviting us in. We have only struck the tip of the iceberg here!

To see a current map of houses built around East Tijuana, feel free to checkout our Impact Map. Rosa, the person who screens and prepares families for houses on the West side of Tijuana, has been a mentor to Maria as she learns the screening process and how to adapt it for families throughout the East side of Tijuana.

Going to Mexico and building a house is more than just a service trip, it is a life changing experience. The community created is unprecedented, but more importantly, by only giving a few days of my time, I am drastically changing the lives of a family by giving something they will cherish for the rest of their lives. From the time when I first meet the family to the key ceremony at the end, I am making a difference, and to me, that is what makes Tijuana so special.