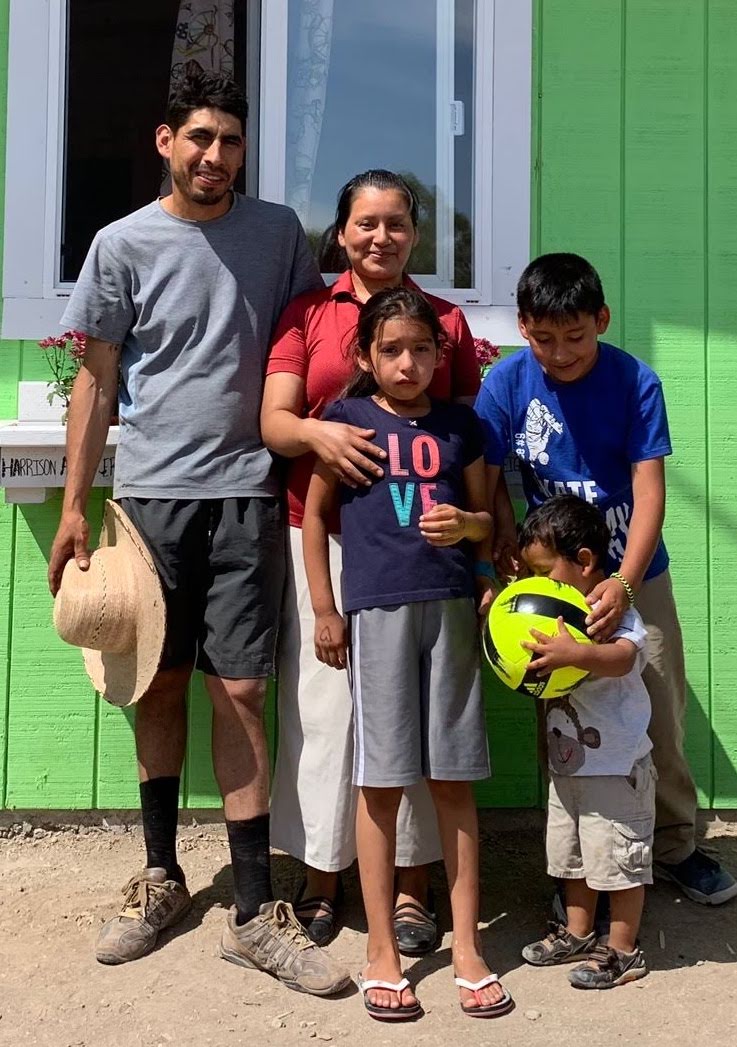 Teresa and Ubaldo come from Puebla and have been married for 14 years. Like most adults in Tijuana, they ventured here for better job opportunities. Teresa also says that “living with my mother-in-law” in Puebla helped guide their decision-making (ha!). Tijuana is a popular destination as it’s known as a major economic hub and manufacturing city throughout Mexico.

Teresa and Ubaldo have three children and live in the Eastern TJ neighborhood of Rojo Gomez. They were successful in buying a small piece of land, but were unable to fund the building of a house. Teresa remembers how she first encountered Doxa’s house building: “one day I saw a group building a house near my land and I also saw Maria [Unidos por Siempre founder] so I decided to investigate how it all worked, and thanks be to God she told me she could help… all I needed to do was apply and do some community service at the orphanage.”

After Teresa’s 120 hours of community service, a group from Oak Brook, IL came to build in August 2019. Ubaldo vividly remembers all the work that he did to prepare their piece of land for the house. He excavated, by hand, about 9 square yards of compacted dirt and rock. Talk about commitment!

At this point in the house building process, families typically start to make their new house into a home. What makes Teresa’s story unique is that, apart from moving into her family’s new house, she continued to serve at Unidos por Siempre. She is a gifted cook and Maria recognized this during her regular volunteer hours. Teresa has now joined the Unidos por Siempre staff as a cook. She is a great fit for the culture and mission of Unidos por Siempre, not to mention she live just right up the street.

Under different circumstances, Teresa and Maria might not have met and discovered their natural synergy. What an extraordinary example of a win-win-win for everyone involved!

I took two trips to Tijuana, Mexico with Doxa. Both made me work in ways that I had never really ever before in my life. I received practical building experience and got to experience parts of another culture. But the best part was figuring out how communication transcends language and working side-by-side with the families who were receiving the houses.