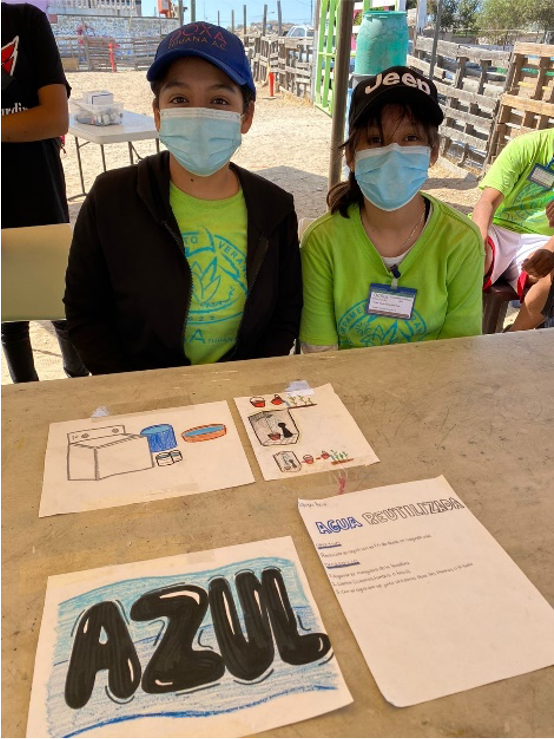 One of Doxa’s values is empowering youth, to help develop the entire person as they grow. This can be seen in house building, education, and community programming. In the areas of education and community, Doxa has experienced its middle and high school age kids grow significantly in number. This is a product of scholarship students who have practically grown up with us for the past several years.

This past summer, we specifically felt called to offer more age-appropriate experiences for middle and high school aged youth to mature and develop. As Doxa continues to grow, we would like to continue developing offerings for older kids.

First was summer camp, during the entire month of July. Doxa welcomed a total of 94 kids to summer camp. Typically geared towards elementary aged kids, this year offered several activities for middle and high school aged kids. Activities included teamwork on various environmental projects, making a pitcher out of plaster, volleyball, and making new paper out of recycled paper materials.

Third was a camping trip to a ranch just outside of Tecate. The overnight was full of activities, games, a hike, campfire, and some work with Jorge (Doxa’s on-site counselor). The camping trip was the first time that some of the older kids were ever outside of the city of Tijuana. Exposure to different areas around Baja California is key to waking up each kids’ imagination and an overnight allows for some much-needed bonding time between everyone.

Fourth was a house build. While almost all of Doxa’s houses have been built by volunteer groups from the United States, we do have a local team in Tijuana that has built houses during the pandemic when volunteer groups were unable to come. This team continues to build some houses every year and we wanted to give Doxa’s high school aged kids an opportunity to work. They suited up and went to the worksite for a week of building a house. While it was hard work, they learned about the process and are excited for the opportunity to do it again next year.

One of the things we’ve learned over the past 15+ years of working with kids in Tijuana is that they’ve got to get out of their comfort zone to grow. They need to get out of their neighborhood and into the world, where they can have the opportunity to try, discover, and learn new things. These experiences help guide them as to what they like and don’t like. Perhaps they’ll also get the privilege of knowing just a little more of the fullness that God is calling each of them into.

Surrounded by their parents, Ely, Flavio, and Jorge as good guiding examples, Doxa’s middle and high school aged kids can reach new heights. It was busy summer, but also an extremely rewarding and exciting one.

The Easter Project has drastically helped my faith. It has helped me better understand how privileged and blessed I am. It has also helped me love to serve, and understand why it is important to serve in my family, in my community, and in the rest of the world.