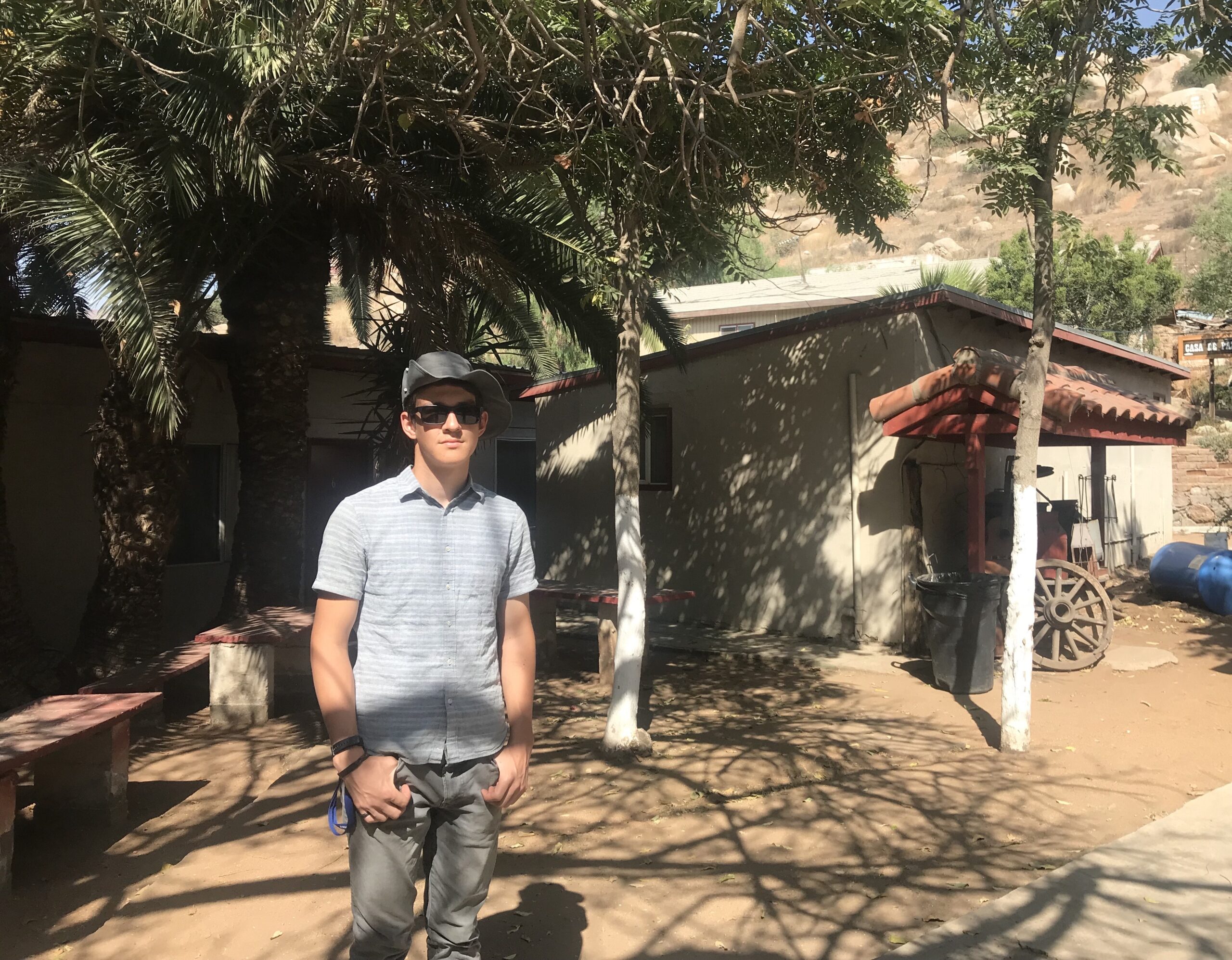 Hi, my name is Sam. I’m 19, I live in Spokane, and this past year I was lucky enough to spend 9 months in Mexico, volunteering with Doxa. I had worked with Doxa twice before during high school, going with my youth group. Those weeks were spent learning about Mexico and how different the culture was. I remember being amazed by how happy people could be with so much less than what I had. That very well may be the only lesson I really remember from those trips, frankly I was a pretty self-centered high schooler and didn’t really think too hard about it. But that one lesson sat in my head for a long time and in November of 2018 I decided to act on it and go down to Mexico right after high school.

When I first arrived in San Diego, Alex took me over the border and helped me move in to Hogar de los Niños. He introduced me to Carmen, the director, and then said something along the lines of “Okay, you have my number. Give me a call if you need anything. See you later.” This was the moment when I realized I wasn’t in Kansas anymore (or a high school in suburban Spokane for that matter.) The following three-month period was quite possibly the hardest time of my life. I was unsure as of where I fit in the culture and struggled to communicate my most basic thoughts. Largely cut off from the support system I had built in Spokane, I was forced to go against my own introversion to varied levels of success. Poor communication skills continued to be a theme right up until my abrupt end in March due to COVID. I got to learn a lot about the lives of the people in Tijuana and how different the city is on the east and west sides. I got to work with orphanage staff and play with kids. Some of my favorite memories are from nightly fútbol games on the helipad at Hogar de los Niños. But weirdly enough, I learned the most working with the various American groups that I served alongside. From high school youth groups to some crazy geezers from Seattle’s U-District, every group had a whole slew of stories from their casts. Every story I heard different and interesting but somehow leading to them coming to serve in Mexico.   This led me to realize that my life isn’t about me. It’s about everyone else. It’s about how I can help a group have a better experience. How the houses I helped build will affect the family I built them with. How my actions factor into other people’s lives and wellbeing.

I went down to Mexico to give myself away. Maybe in the name of God or maybe just to run away from my problems. It doesn’t matter. What ended up happening was the most enriching experience of my life. I’ve become much more confident in not only my own abilities but in who I am as a person. I also learned from day 1 that silence is something I take for granted. Considering Hogar de los Niños was almost entirely composed of concrete rectangles, complete silence is something I’ve REALLY come to appreciate. All throughout my schooling I was taught that if I didn’t get good grades and go to a good college then I’d be a total failure in life. Schools fail to tell students that there are other options that are just as good if not better for you than the pursuit of money in a capitalist society just to improve yourself. My time in Mexico flipped that on its head.

If you want to know more about my experience, I’d be more than happy to tell you about it.

Shoot me an email at ssaito23@comcast.net. I’m an open book.