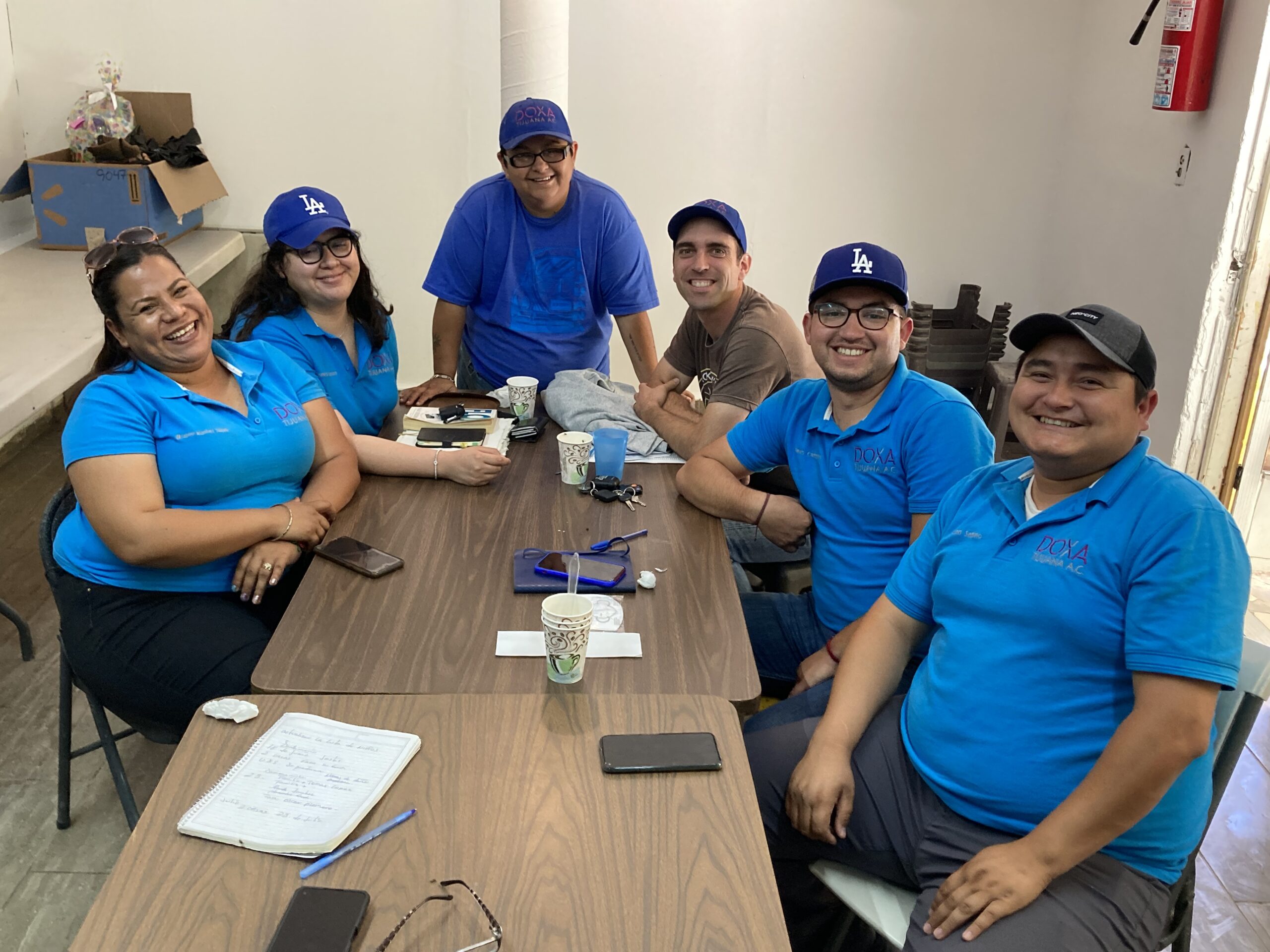 Prior to the early 2010s, sustainability wasn’t much talked about at Doxa. The organization had hummed along just fine and survived various ups and downs (thankfully). A good testament to diligently taking things one step at a time and not concerning ourselves with things too far into the future. While that strategy worked for a while, if Doxa was to grow its impact as an organization, the topic of sustainability would need to be explored. The addition of education programming and community development to ongoing house building operations further emphasized the need for sustainable leadership and funding.

By 2011 Doxa’s operations and partnerships were becoming more complex on both sides of the border. Even with these changes, it took several more years to implement some sustainable leadership and funding practices. In fact, the COVID pandemic actually helped to speed some of this work along and put sustainability back on the minds of everyone at Doxa. Two distinct areas where Doxa has focused on sustainability are in its leadership and staff structure, and its financial and funding sources.

Prior to 2015 Doxa had only 1 full-time staff member in Tijuana, which was Rosa. For those that knew her, she was an incredibly capable and efficient person. At times, we marveled at how she seemed to do the work of many people at the same time! Everyone has their limits, though, and even Doxa’s operations got to a point where it was getting to be too much for Rosa on her own. Starting in 2016 and over the course of the next couple years, we added 5 more full-time positions and various part-time positions.

With the exception of Doxa’s executive director, everyone else is employed in Mexico to carry out Doxa’s operations on the ground. This serves as a direct commitment to employing and building up people in the same neighborhoods in which Doxa works. Staff are active community participants, regularly involved in the local church, orphanages, and other activities apart from their Doxa work. Doxa’s staff have a culture of love, hard work, joy, and fun (we’re still working on having a little more grace sometimes!) Simple things, like giving vacation time to staff no longer necessitates the pausing of operations as there are people available to temporarily fill various roles. This allows Doxa as an organization to more easily grow and adapt as necessary without being dependent upon one person.

Another change has been the creation of a Mexican non-profit entity, Doxa Tijuana A.C. This entity provides Doxa with legal standing in Mexico, ability to own land, legally provide employment, and creation of a local board of directors. It also qualifies Doxa for resources throughout Tijuana that are only available to legal and registered non-profit organizations. Having Doxa legally exist in Tijuana allows for future opportunities and adds an additional level of staying power for future generations.

Finally, regarding the U.S. non-profit entity, something as simple as term limits for U.S. board members has helped gently nudge Doxa to recruit some new leadership. Developing a pipeline of new board members also helps to continuously expand Doxa’s footprint. Whether its governance, fundraising, organizational history, leadership, or just about anything else, it can help to have more people, expertise, and resources under the same tent.

Prior to Doxa’s expansion into the education and community mission areas, its funding model was fairly simple. Volunteer groups would pay for house building materials and a few other items that helped them successfully stay in Tijuana during their trip. Items such as drinking water and even a small donation to the orphanage where they stayed. While this was sufficient in the early days, there were years where both Doxa and the partner orphanage were not even covering their own costs. Upon realizing this, Doxa reworked its house building model to fully cover building materials, administration, family selection, and make it a revenue generator for the partner orphanage. This ensured financial sustainability with regard to house building operations and also helped contribute to the financial sustainability of the partner orphanage.

There is still lots of room for improvement as Doxa evaluates what sustainability looks like through various lenses. It is something that needs careful and diligent stewardship; commitment for the long-run. We are so thankful to everyone who has stepped up and journeyed along with Doxa, especially over the past few years. We hope to continue building on this progress towards an organizationally and financially sustainable Doxa that can continue for generations to come.

The Easter Project has drastically helped my faith. It has helped me better understand how privileged and blessed I am. It has also helped me love to serve, and understand why it is important to serve in my family, in my community, and in the rest of the world.