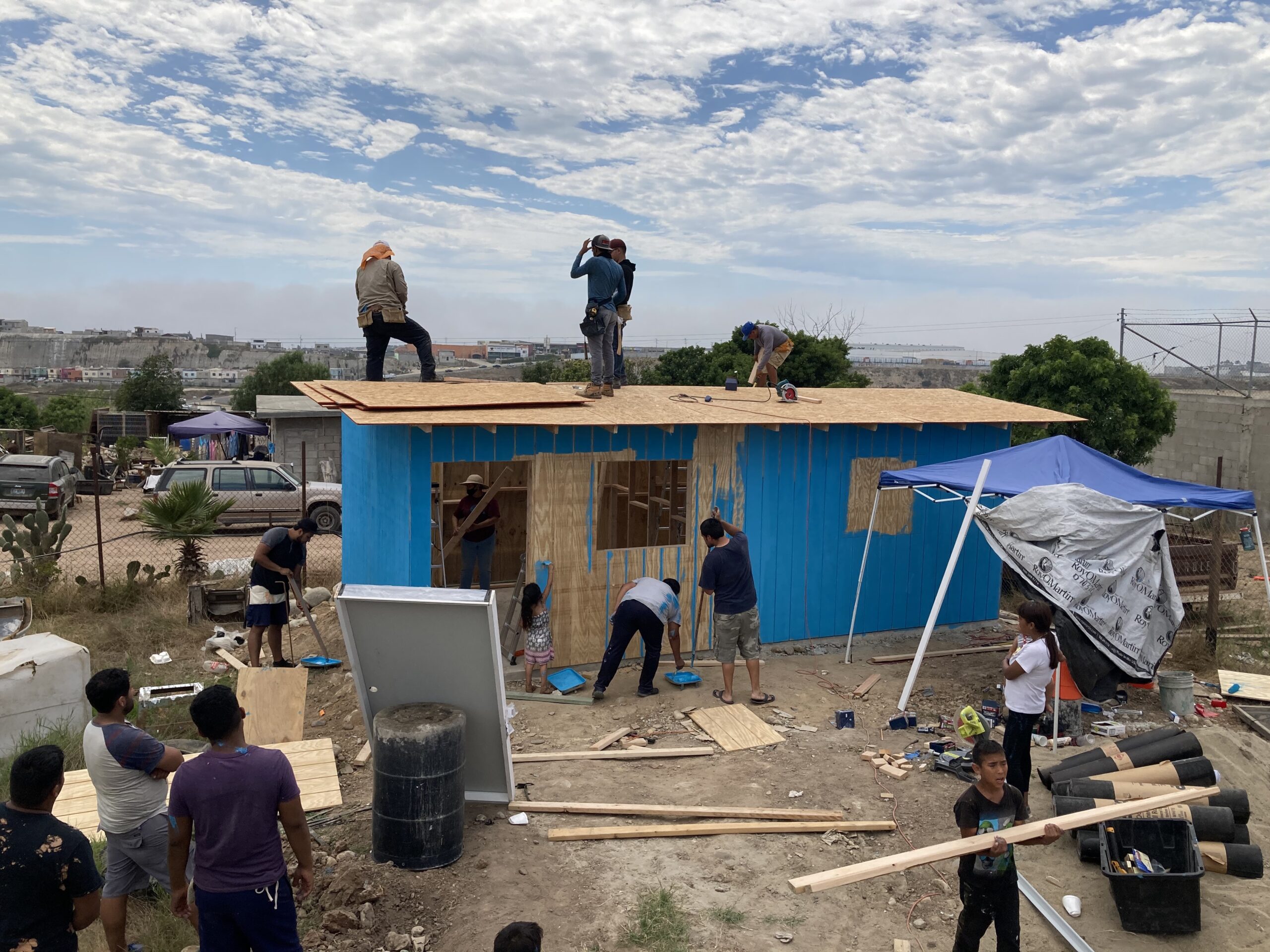 We are now three-quarters of the way done with 2020 and not a single nail has been hammered by an American volunteer group. That’s a statement most, if not all, of us never thought would be the case. Instead, local building teams have been hard at work cranking out houses (15 houses completed so far). This has led to a very interesting dynamic, a worksite with all Mexican builders.

With the onset of COVID-19, it became clear that this year was going to look very different for house building operations. While Doxa was firmly committed to building for qualified families that had been on the waiting list, it would be accomplished with the hiring of local building teams and raising financial support from groups and individuals. This new model has showcased some of the best of everyone involved. Groups and individuals have shown enormous generosity in giving, families have worked hard on their own houses, and Doxa has been able to provide increased employment opportunities for builders in the local community. Seeing everyone shine in their roles has been a privilege.

Many times groups that have experience building in Tijuana assume that locals would build the house much better and faster than they do. While there may be some truth to this, there’s still a learning curve. The local teams use cement mixers and power tools to speed up the process. It’s also not uncommon for them to pre-cut all of the lumber the day before. These steps dramatically speed up the assembly process on the worksite. Not to mention the experience that these teams gain week after week of working with each other and the 12-hour days they put in.

Of course, there’s still the moments of “oh, I forgot the box of roofing nails back at the orphanage” or “I could have sworn that the window lengths were 46” instead of 46 ½,” guess we’ll have to recut some lumber.” Squaring up the walls and roof can also be a challenge. It doesn’t magically just come together for the local teams, either. Kids on the worksite still play in the paint while moms chase after them. It seems as though, even across cultures, we still have things in common.

One thing that is different on the worksite is the feel and atmosphere. There’s less talking and more non-verbal communication. There’s an awareness of process and order of building that is unspoken. When things are explained, few words are used. Everyone is keenly aware of the overall goal of finishing the house and is constantly looking to see how the group is progressing. To describe it in a nutshell, it is a group mentality versus an individual mentality. It is approaching the task from the standpoint of what is needed, instead of what I want to do. Not surprisingly, the time with the most talking is lunch time. Conversations start and drag on through the food; until it’s time to get back to work!

Through the end of this year, our goal is to keep the local teams building and houses coming. We are about half way to our goal of funding 20 more houses. Thank you so much to everyone who has already contributed, you’ve already made such an impact. If you’re interested and able to donate, please do so through our secure website.

Participating in Doxa’s home building project was one of the most memorable and treasured experiences for our family, in fact, so valuable that we have participated twice and hope to continue in the future. It is emotionally enriching to help families in need, but in my opinion the lessons in giving, team building and humility learned by our children are priceless! Thank you Doxa for the work you have done and continue to do to build, support and enrich the community.