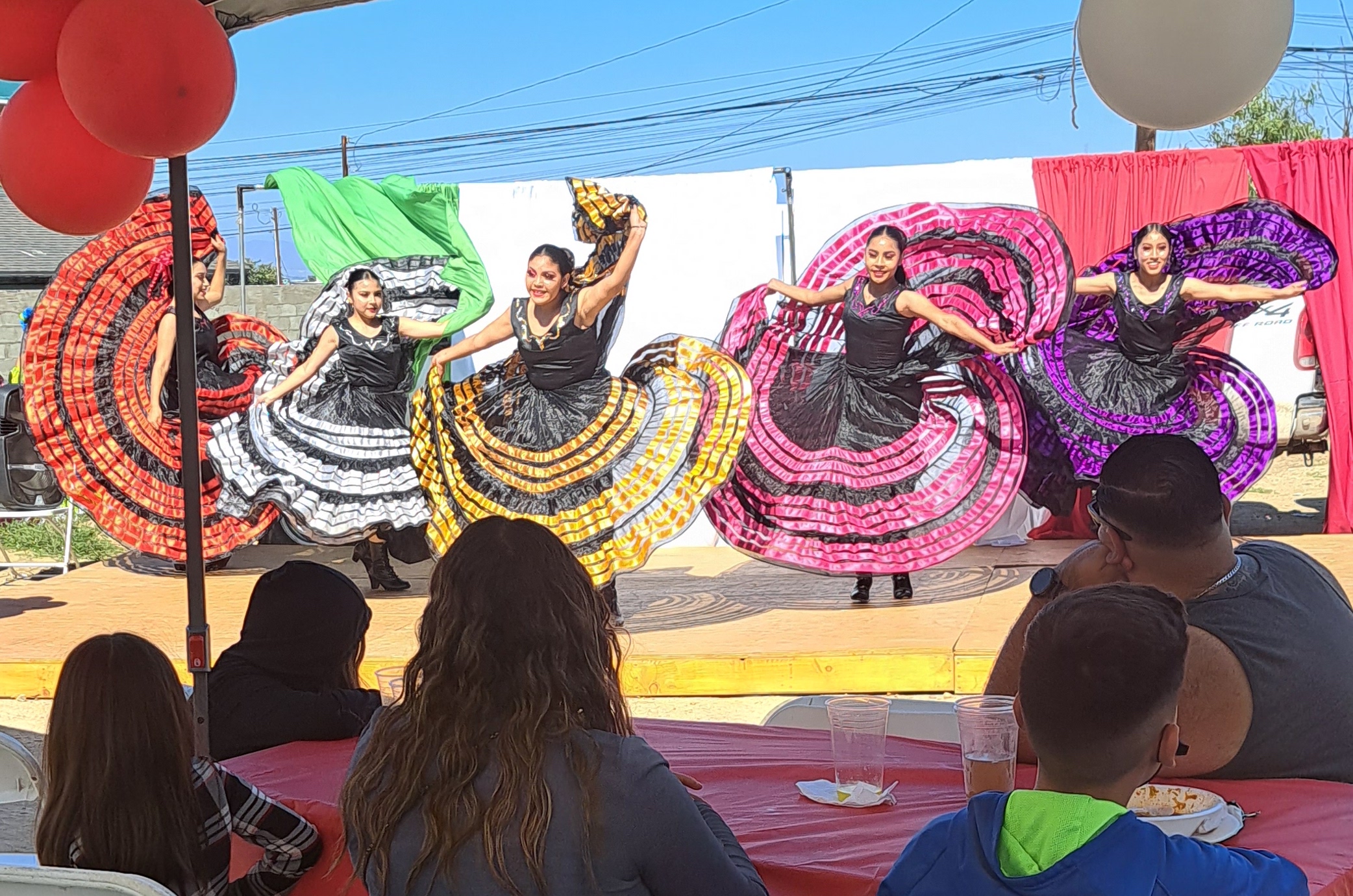 Yelitza is the name of Doxa’s dance group, which focuses on original and historical dances from Mexican culture. Most states in Mexico have a traditional dance and accompanying clothing, which all tell a story.

Juan Sabino is the dance instructor, who not only directs the group, but does so as a way to connect with and mentor youth. He likes to say that dance “rescues youth.”

Annually, Yelitza performs at over 20 events all around Tijuana. They are invited to churches, private parties, dance expositions, and culture fairs. Earlier this year, they even performed on a moving flatbed trailer as part of a city-wide parade!

Every September, though, the group takes one Saturday afternoon to host a neighborhood dance event at Doxa’s community center. Parents prepare food, Yelitza presents its latest dances, and families from the neighborhood come out to support. This event also serves as a fundraiser for new dance clothing. This year’s performances did not disappoint!

Over the course of that Saturday afternoon, Yelitza’s 20+ kids took turns dancing on stage. Showing their best moves, with parents cheering in support, and delicious smells of food circulating. Doña Lupe’s enchiladas, the Camacho’s pozole, Mar’s fresh baked bread, just to name a few that were on hand. This year the kids performed dances from states of Sinaloa and Jalisco. Over 80 people attended!

Reflecting on the event, Juan was proud to see the older kids, especially Angel, stepping up to lead the younger ones. Most improved goes to three girls this year: Dana (9 years old), Mia (10 years old), and Viane (13 years old). Each brought down the house with their performances! Juan shares that even he was particularly surprised by the quality of their dances.

Roberto Estella, another dance instructor in Tijuana, even brought his group (Ixchel) to dance a few songs and show support. Ixchel is a professional dance group made up of adults, but has allowed a few older kids from our Yelitza to practice with them recently.

Also in attendance, but unknown to Juan, was the director of Tepeeg Notú, which is one of the most prestigious dance events in Tijuana. After seeing Yelitza’s kids dance, they were invited to present at Tepeeg Notú, alongside the best professional groups in Tijuana. Juan was speechless!

All in all, a great community event! Yelitza’s kids got to show off their latest and greatest dances, Juan got more exposure and connections than planned for, funds were raised for some new dance clothing, and the community got together to show their support for these young kids. We are beyond thankful for all that is happening with Yelitza!

I had little idea about how this Doxa Project trip to Tijuana is going to change my whole perspective of life. I enjoyed every minute of it from painting, measuring and cutting boards, nailing, to putting the house together. I also had a great time making new friends with like minded people. However, the best part of the whole trip was handing over the house to the family, it was such an emotional moment both for us as well as the family.